How to make ZaraRadio 1.6 work with Satellite input on modern hardware.

The free version of Zara Radio uses a technique to enable satellite playback by unmuting a “playback” input in Windows 98 / early XP’s audio mixer. This feature doesn’t exist in computers made since about 2005.

ZaraRadio does support ‘scripts’ within the playlist file.

You can take advantage of this by using the free app SoundVolumeView to save two profiles – one with a line in set with “Listen To This Device” enabled for the Line In input, and another with it disabled. (File –> Save Sound Profile (Selected Devices))

You can then open a Zara Radio Playlist in Notepad and add the relevant lines to the end of it. For example,

How to Outside Broadcast for free.

I’ve typed up this document on how you can do an Outside Broadcast for free using free software.

How to export data from NITEA without merged cells.

I’ve not had much to do with NITEA, but was asked to extract some data from it for use in a different system. This proved to be a bit challenging at first because NITEA exports very nice looking reports to Excel, but with lots of merged cells in positions that can change for no obvious reason. (Seems to be a way to maintain column width rather than setting an explicit column width.)

After much head scratching, I found a way to import this data. My trick is to save the NITEA export as a CSV file from Excel, then using another spreadsheet select the Data –> From Text option to import said CSV file. The trick is to tick the ‘treat consecutive delimiters as one” option.

This isn’t perfect as it will mean empty cells are ignored, which will affect alignment of data if there are empty values for some records. Depending on the layout of your exports this may or many not be an issue. A workaround is to highlight the cells in the original NITEA report and use a find and replace to replace the empty cells with a character. A bit laborious but could be automated. (Doing the entire worksheet will likely generate some heat!)

Of course, a real programmer will likely be able to do something clever like create an array in a programming language or some such. I’m not a full time programmer, so I just use the tools I know to get the job done if I can.

There’s more fun to be had if you’re trying to get multiple tables into one recordset. This might at least give you a start 🙂

How to replace Laser Assembly in Numark MP-103

Hopefully the above steps help you out 🙂 Here’s the PDF version….

Category: Uncategorized |
cccmikey | May 8, 2019
No comments

I have a customer with two of these, and they’ve both stopped working. I suspect they’re affected by the GPS Week 10 bit rollover issue.

I’ve emailed Bushnell but not expecting to get a reply given these are over ten years old I think.

Ok so this isn’t definite, but I have a suspicion that in the above configuraton, the presence of a Mac Fusion Drive on the host causes a long (two minutes of spinning dots) delay when starting a Windows 10 guest. This suspicion is based on the same VM opening much faster on a similar mac with a standard drive.

I don’t have a solution; this is just an observation.

This handset appears to have a bug where it randomly changes the default SMS SIM. There are no apps to monitor this, and no solutions available. 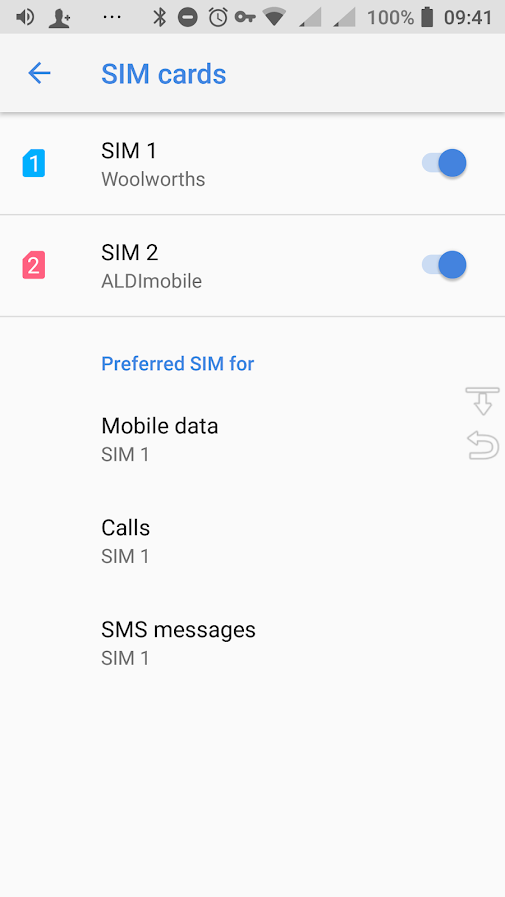 So, my ancient copy of Leadtek’s Winfast PVR2 usually works fine, then one day it decides it’s going to split recordings at 1.99GB no matter what you ask it to do.

Reading some ancient forum posts, someone else mentioned that it will do this if it thinks it might be on a FAT16 (or FAT32?) drive. It isn’t in my case, but still it’s been known randomly to switch into this state of mind.

The solution is unknown, but switching to another physical drive seems to resolve it.

This is a fairly cheap unit at $129 – does the job but even on low it is quite loud compared to units such as the “Mi Air Purifier”. Had they given it a ‘quiet; setting it would be better in my opinion.

When I bought it there was zero information on the Internet about it, but now the manual has shown up at http://www.stirlingappliances.com.au/LiteratureRetrieve.aspx?ID=195680

Still no idea where to get replacement filters – but really there isn’t much complexity to this product and you can probably make your own.

Video of the product: https://www.youtube.com/watch?v=HMCpbbrqnXA (Recorded in Portrait)

If the handle breaks off, undo all the screws, remove the spring from inside the lid, remove the unlocking pin, drill small hole, slide in cable tie. Done 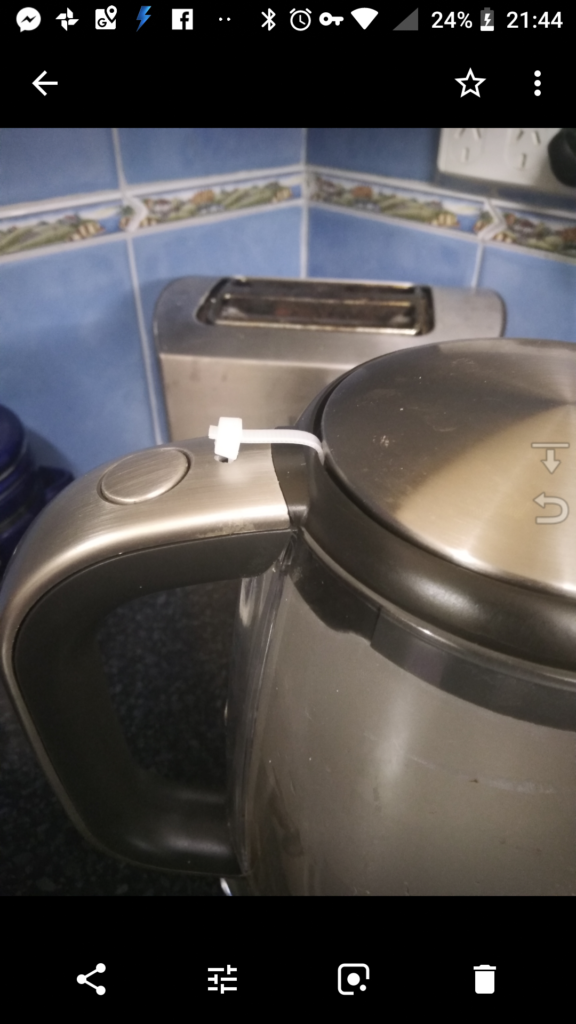